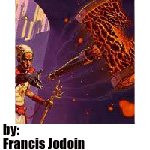 If you play with a deck of Magic : the Gathering, chances are you are playing lands. This is why i think landfall is good. You get value just from playing lands, which you want to do in most decks. This is a modern Zoo deck that is not really budget, but kind of is because you don’t need any Tarmogoyf.

Pretty straightforward here: you play creatures, you play lands that grow your creatures, you attack with pumped creatures that are probably bigger than your opponent’s. This means we are playing more lands than the usual zoo builds. 23 is fairly high for any aggro deck but think of those as ‘free pump spells’.

The landfall creatures include: Steppe Lynx, Plated Geopede and Vinelasher Kudzu. Those are the most efficient ‘landfallers’ available. Kudzu trades explosiveness for more permanent pump. Usually you want to play the plant on turn 3 (before your land drop obviously), because the other creatures provide a higher immediate damage output. It is this deck’s Tarmogoyf. It is more vulnerable to early Bolts and bounce and isn’t as good when top decked, but from experience it can become huge and sometimes outgrow the Goyf.

One thing you have to do when playing this deck is whenever you start flooding, if you don’t have landfallers to pump, keep your lands in your hand so that you may later top deck some of those creatures and have the lands to pump them.

Knight of the Reliquary is the last pseudo landfall creatures. She works with lands from the graveyard but with all the fetchlands she should get big pretty fast, possibly reaching the 4 toughness threshold to become bolt proof. In this deck you also can solve the dilemma between growing her by activating her ability vs. attacking now, because if you have other landfall critters you can turn her ability into big damage enabler.

Knight can also find key lands. Ghost Quarter can be used on ourself for growing our creatures of destroy important opposing lands. Kessig Wolf Run is very important since we play with less but bigger creatures so Trample is super good. Horizon Canopy compensates for flooding because of the high land count and is a recurring card draw engine with Crucible of Worlds. The Crucible one-of is just better than a 24 th land I think. Aside from Ghost Quarter lock, it guarantees a land drop every turn and allows us to keep lands we draw for future Atarka’s Command land drop.

The rest of the creatures are just typical Zoo stuff. Not much to say about Wild Nacatl and Goblin Guide, they are just efficient beaters (and less importantly, they fit with the flavour of a lands deck). If you want to avoid Goblin Guide because of its price tag, then a case could be made for Hooting Mandrills as a decent alternative. 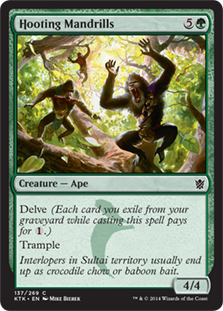 The spells are also mostly typical, Lightning Bolt and Path to Exile are the best at what they do. Atarka’s Command is very spicy in this list. They have quickly become a staple in Zoo and Burn because of their versatility and high potential damage output. This output can be even higher in this deck, making a turn 3 kill more likely than ever before. There are draws were the land drop mode will be very powerful. With the high amount of lands it is quite possible that you have the 4th land to go with the Command on turn 3. If you manage to drop 2 Landfall creatures on the first 2 turns, Command’s land drop option will make the damage output from those creatures explode ! This option is still one of the least used modes, about ex-aequo with the lifegain nullifying mode. When it’s relevent, it can really hurt the opponent a lot and can steal a win or two. 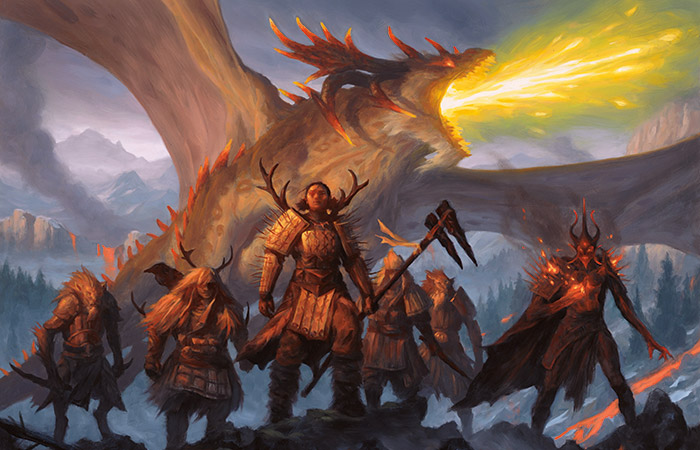 The sideboard is something that I’m very happy about. It features high impact cards and versatile hate. I love having creatures in my aggro decks sideboard, since we still want to win with critter beats every game. Temur Battle Rage is my favorite card to side in. I play it vs. decks with few removal spells, usually combo decks or decks with lots of creatures. Our creatures can grow big from the pumps so the Rage will likely do some heavy damage, making any blocks pretty bad. The point of playing it is winning a turn earlier and allowing me to race combo decks better thus killing them before they ‘go off’. When playing Rage is worth it, the ferocious ability will be turned on and at that point you can just not worry about lightning bolt, so i often bring it vs. Bolt decks too.

I’ve been on a winning streak with this deck lately, so maybe that makes me think it is better than it truly is. Still, it’s worth a try if you want to play Zoo but don’t own Tarmogoyfs. Compared to small Zoo we have a lower threat density but our threats are bigger and more likely to match the opponent’s board for attacking purposes. The deck is kind of dependent on drawing lands. The weakness would be the variance of that, but not all our threats depend on that. Guide, Nacatl and Knight are fine on their own. And if we don’t draw lands then we should be drawing more spells, right? If you tend to tilt because of mana flooding, this deck could be a good therapy.

Always be happy to draw those lands!