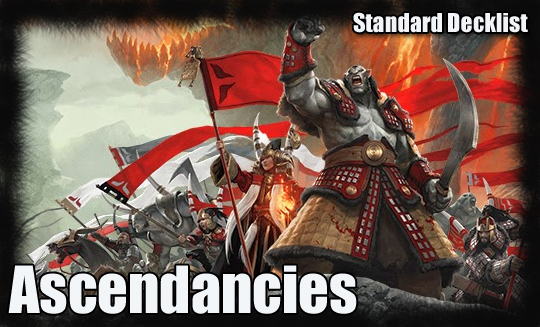 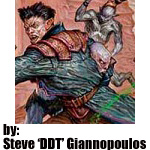 A short while back Gerry Thompson mentioned this deck as a unique Standard concoction. One of the local players here pointed out to me that it looked like a blast to play and sent me a link to the list. A short while later, I fell in love with the coolest 4-color suicide aggro deck I had ever seen. I even nicknamed it 16 City of Brass.dec , The mana base is soooo painful but you can almost always cast anything in your hand short of being short. Your regard for your own life total should be non-existent and your focus should be on tapping your lil’ warriors sideways. It’s funny how it’s better than most warrior tribal decks without really focusing on any ‘warriors count’ cards such as Chief of the Edge.

Let me just start by saying that this decks plays extremely well despite looking like a giant pile of very questionable cards. Dropping 2-3 creatures with evasion or that are ‘ahead of the curve/ Savannah Lion-like’ into Abzan Ascendancy Followed by Mardu Ascendancy or vice-versa is very fulfilling. There’s a certain potential turn 4 follow-up that just takes it home versus almost any deck: 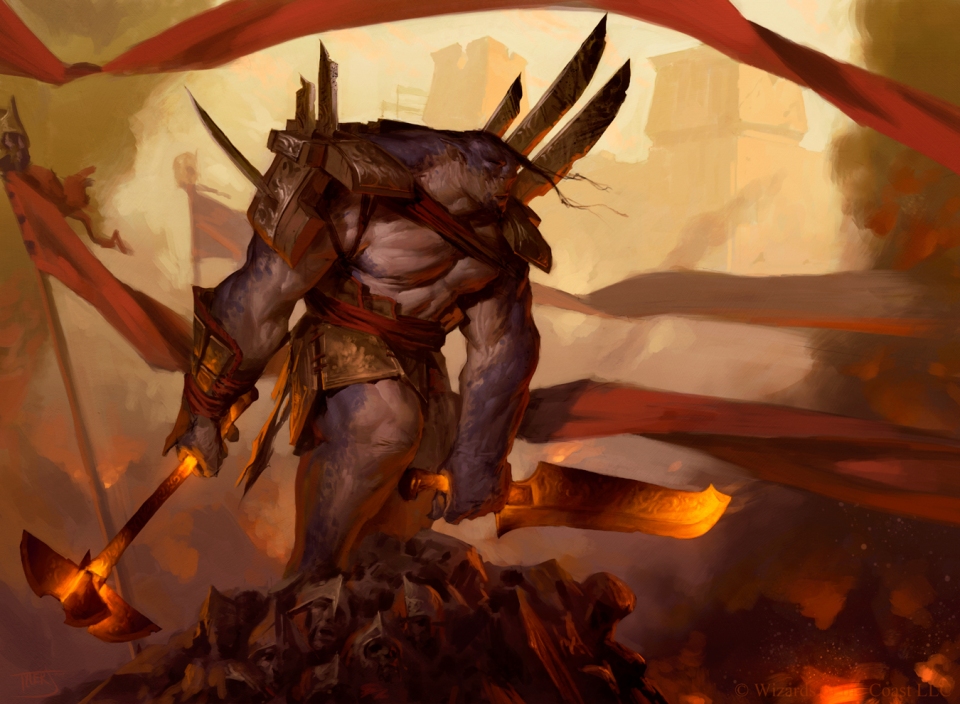 He really makes the deck much more… brutal!

While our friend Brutal Hordechief here is mostly reserved for the often more casual Warrior-themed decks he is quite the closer in our line-up. We take so much damage just casting everything on every turn that the little life he grants us back allows us to race even the most aggressive of decks. (Yes, even the monored ones).

Another thing that makes this deck so great is its affordability. If you somewhat have played a 2-3 color deck in Standard then you should have some of the Painlands or Mana Confluences. Remarkably, this deck runs 0 fetchlands.The creature roster is dirt cheap save the mythic Hordechiefs, but you should have no problem trading for those as no one really uses them except to decorate their trade binders. I remember when Bloodsoaked Champion was a big deal upon Khans of Tarkir release, to the point that it was on a Top 8 PTQ playmat.

Not exactly a Gravecrawler, eh?

The enchantments and artifacts can be found in your local store’s bulk bins or in your draft leftovers. I mean, the sideboard is almost more expensive than the actual main deck. If you’re budget conscious, you can always go with the Duress/Despise combo over Thoughtseizes. I wouldn’t skimp on everyone’s favorite Rhinoceros though.

One thing to be careful of is Dromoka’s Command. The card can very easily two-for-one you early on since our creatures are smaller and we do rely on enchantments quite a bit. It’s also quite funny how the deck will sometimes come out of the gate looking like a white weenie deck and other times looking like a black weenie deck. Your opponents will definitely be confused early one.

Take it for a spin. It’s guaranteed fun!