Hey there guys and gals! I’m going to be doing some small previews here and there on the Magic 2014 set that’s being released this summer. Most will be just be some one-liners with pictures as we are really busy doing articles and adding tons of inventory. Here goes:

GameDay freebie and soon to be sliver deck staple.

Nice ability on these guys. Make them swing at you then strike back. 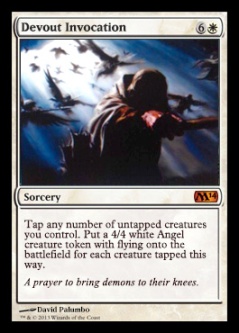 Kind of like a slower Entreat the Angels, but pretty need with mana dorks. 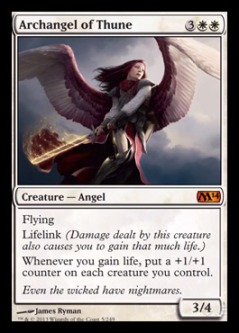 A ‘watered down’ Baneslayer Angel.

Someone at Wizards of the Coast really likes that Isperia ability. 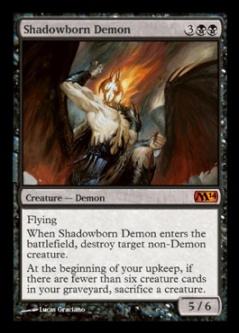 You get a nice ‘Murder‘ effect out of it and the drawback is not too bad.

A dragon deck auto-include and upgrade to Shivan Dragon.

Rise of the Dark Realms 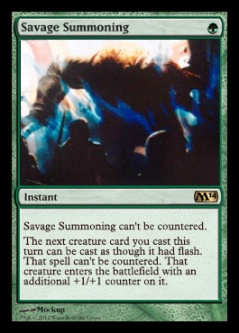 This particular card is most likely going to see some serious play. Imagine any creature you wish had flash and pair it with this. Neither will be counterable. Of course it requires a creature in your hand otherwise it will do nothing on its own. This is the kind of rare that’s going to be in huge demand as it’s going to be played in just about all formats that can use it. Be sure to grab foil ones for your Commander deck.

Don’t forget that this is also very very awesome with Snapcaster Mage . But of course, most of you already knew that. 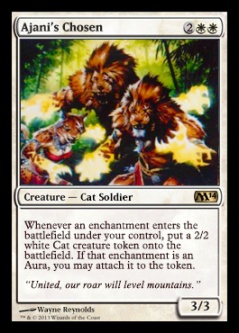 Nice! a Rare ‘paneswalker pet’. Looks like Ajani is confirmed for 2014.

Nice ‘mill ‘ creature. It’s somewhat inefficient, but you do get potential value if you mill the right card.

This is actually the most efficient pet so far, if only its stats were reversed. 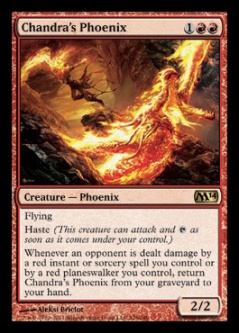 It saw competitive play before. Will it rise from the ashes again?

Why did they reprint this? I hope that if a new Garruk is in 2014 he’s awesome.

Stay tune for another Spoiler later on as we continue our brief overview of the Magic: the Gathering 2014 Core Set.