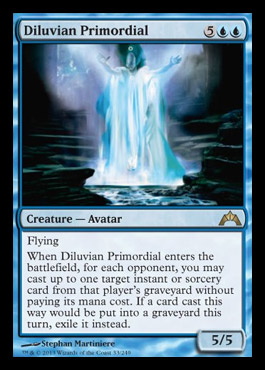 Not as impressive as the other Primordials

So you get a 5/5 flying body for 7 mana with a possible half-Spelltwine . It’s bound to see play in EDH/Commander to replay a ‘bomb’ Instant or Sorcery. Due to its reliance on an opposing graveyard, it’s unsurprising that it won’t show up on any Standard lists. It will probably hit some spell in Sealed/Draft. You will always be shoving this in any blue limited deck.

No flavor text is a bummer. I don’t think any of them have much of that, due to the fact that there’s too much ability text. Ever noticed how these 5 new avatars are like a toned down version of the M11-12 Titans? Hmmm….. 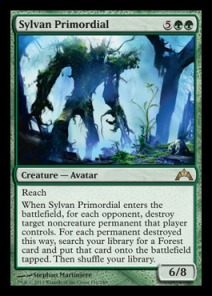 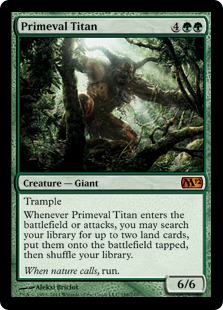 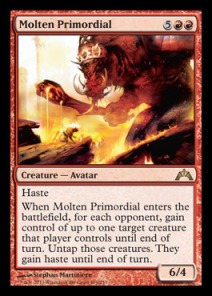 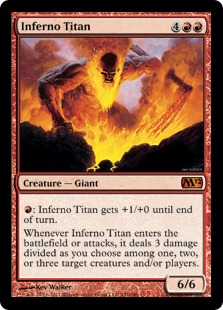 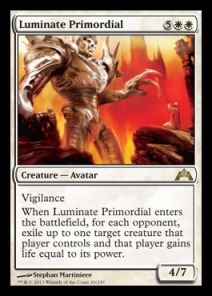 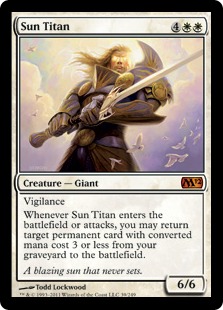 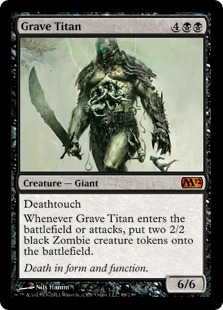 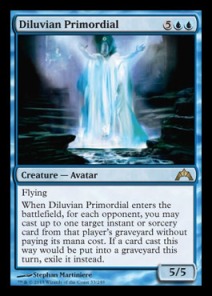 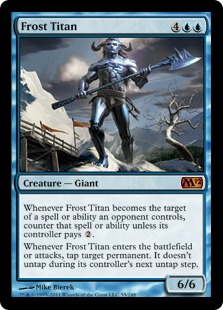 All these titans make it feel like the new God of War videogame! 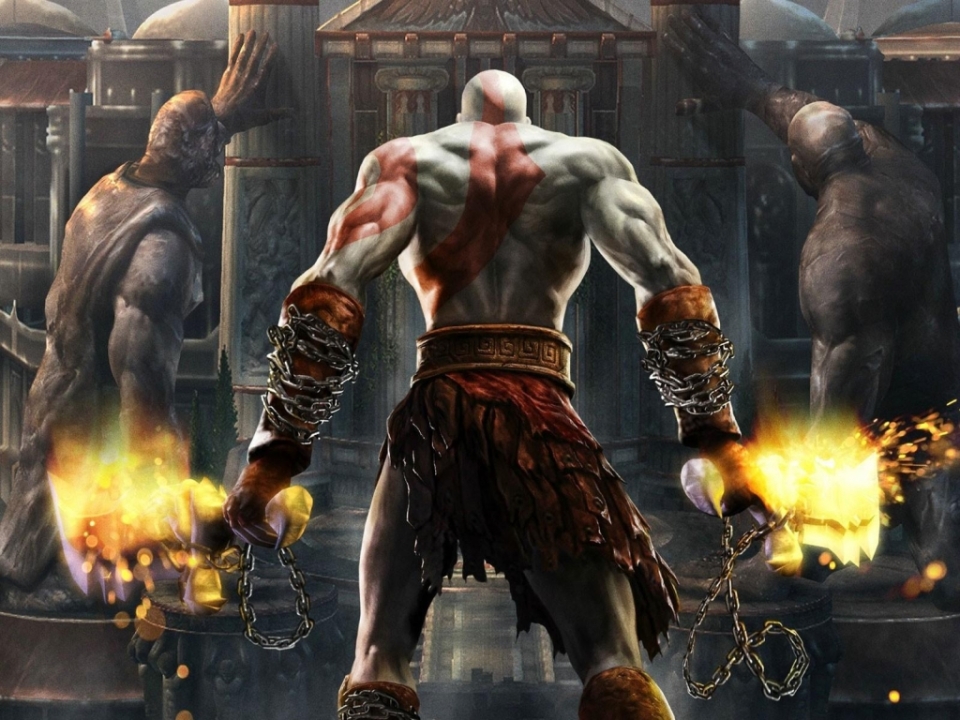 Part Four or Five for sure! LOL

They get better in multiplayer games, obviously. I guess Wizards of the Coast figure the Titans were a little too powerful and left little room for the smaller 4-5 mana guys to have an impact. Also every other 6-drop would have to be comparable in power level. This caused them not to come back in M13 (thank goodness!).

I guess this is there way of letting us have the titan-level goodness without the efficient cost. Each one is basically a spell built into a fatty. The effect improves based on the number of opponents. I guess there is no point in examining each primordial individually, but ranking them for constructed might be an option.

Obviously right? It has basically 2 effects, one of which is a ‘Beast Within‘

Swords to Plowshares on a Elesh Norn-sized body. You can obviously cast this on your own guys for fun and profit.

A bigger Zealous Conscripts, but only on a creature. Still, pretty good as it provides a bigger, albeit unnecessary body.

Animate Dead an opposing creature? Sure! It has Intimidate which is probably better than the #5 creature

Probably the worst in the one on one category since it relies more on what your opponent may or may not have in grave. Sepulchral Primordial has a bigger chance of making an impact.

Will any of these guys realistically appear in a Standard deck?