the Blue Bomber himself

Pretty unique ability making other Megaman cards you stack on your original one easier to do. That F (once per turn) isn’t too shabby either. You can dig for that final attack when you run low on them in the late game. It might just be the one to finish off your opponent!

Here’s a few of the others that were previously revealed: 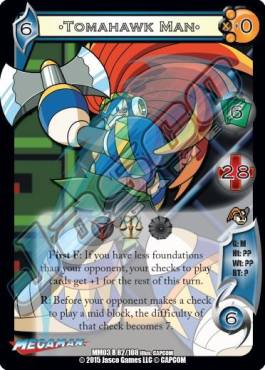