This new edition of From the Vault is boasting 20 cards over the usual fifteen which is great for everyone as most of these cards are in high demand for most of the casual formats. However, this specific set is featuring 20 cards that have been an integral part of tournament winning decks past. Of course, they will be abiding by the Reserve List. No Moxes, Lotuses or Dual Lands in this one folks!

The preview art has of course sparked some discussion over what card it is. I for one am convinced that it is none other than Mother of Runes. Some people have guessed that it is a counterspell of sorts, but I highly doubt it. The blue aura around her hand would indicate that she indeed countered something, but keep in mind that Mom’s ability also counters things like targeted removal spells. Another clue that would indicate it being a creature is that the creature is the main subject of the card. I read a few article a while back that explained how the art direction department at Wizard of the Coasts operated. The art is clearly pointing towards the female character and the ‘importance’ that she is old. Well, the regular art on Mother of Runes shows a middle-aged woman, but there is no reason that this can’t be the same woman years later. 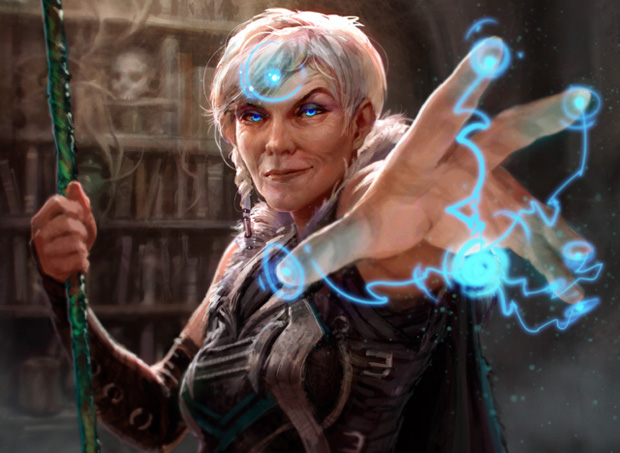 Mom? Is that you?

Of course there are nineteen other cards in the set and we can be sure to get a few ‘Troll’ cards in there from Wizards of the Coast. Something that would have been feature in a really old tournament winning deck back in the day but is now all but obsolete. Probably something like Ernham Djinn. It will surely be fun to keep an eye out for any further updates and see how the rest of the spoilers develop.