Jasco Games has licensed Capcom’s classic Street Fighter for a miniatures-based board game which is being offered exclusively to backers of its Kickstarter campaign. The game is expected to release next March.

Street Fighter: The Miniatures Game is a card-driven tactical combat game featuring the characters from the classic arcade game. The characters move around the game board, which is filled with 3D cardboard terrain pieces that can be smashed by the fighters or used as obstacles. Cards determine which moves the fighters can make, with attacks and defenses resolved through the use of dice. The game will include one-on-one, free-for-all, team play, and boss mode variants.

Each character in the game is represented by a “collector’s scale” pre-painted plastic miniature ranging from 65mm to 85mm in height and mounted on a sculpted 58mm base, plus a unique 40-card deck of move cards.

Production will be funded through a Kickstarter campaign which has so far reached $612,596 from 3,122 backers (an average of $196.22 per backer) with 28 days remaining.  Backer fulfillment is scheduled for March, 2019.

Jasco has announced that the game will not be offered through the trade.  According to the Kickstarter campaign page, the “costs of manufacturing a game like this are extremely high” due to the quality, size, and quantity of miniatures and cards.  The company plans to have a few copies for direct sale at conventions. 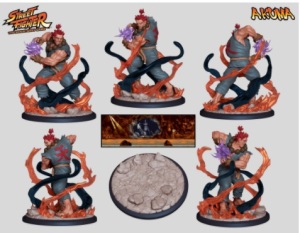 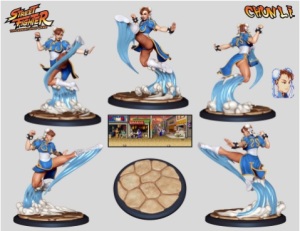 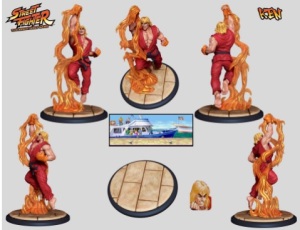 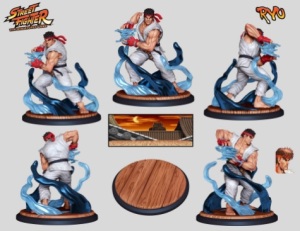 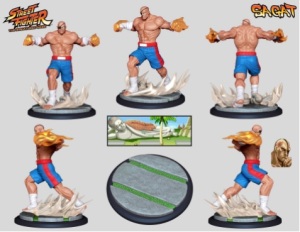