Here’s a neat little product coming out soon-ish. A little thing to tide you over until Game of Thrones Season 5 will come out after a few months of winter hell: 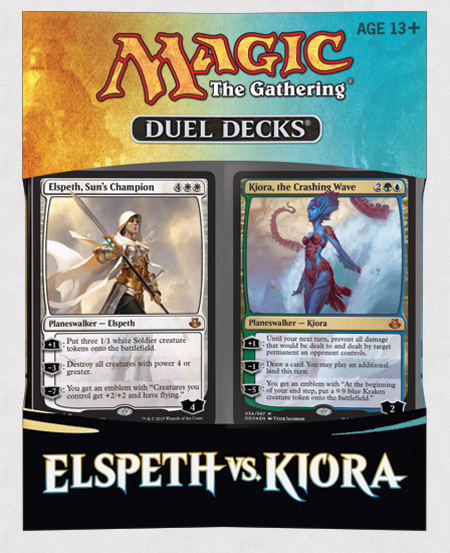 Elspeth looks alright but Kiora could of been much nicer.

The knight Planeswalker Elspeth Tirel sees herself as the protector of the Multiverse. She has pledged her sword and shield to all who suffer, and she summons forth impressive armies to assist her. The merfolk Planeswalker Kiora calls upon the creatures of the deepest oceans to fight at her side. She is the master of the world beneath the waves, her true power only now beginning to surface. How will these Planeswalkers measure up when they meet in battle?

So, just like Duel Decks: Koth vs. Venser, we get two ‘face’ (or good guy) planeswalkers duking it out. It’s also just a good excuse to give newer players some good value on two 20$+ planeswalkers before they rotate from Standard in November 2015. Not sure what nice little reprints or new art cards Wizards of the Coast will be including in these babies, but they seldom disappoint. 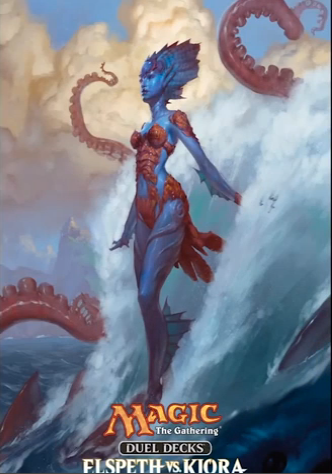