It’s time for even more Magic 2014 (M14) spoilers. This time we start off with this little gem:

For those of you who were sick and tired of losing your little weenie horde to a Bonfire of the Damned (miracled or not), Wizards has the answer for you. Mind you this will probably be more played in a Green/White aggro style of deck but who knows – we might yet see a real white weenie contender.

Its offensive capability is rather great as it can allow pretty much your whole team through something like a wall of Thragtusk or 3/3 Beast tokens if you’re going in for the killing blow. I can’t wait to get a chance to play this again in Standard. 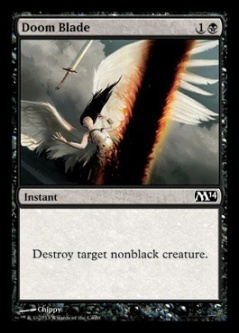 Does it simplify or complicate the black removal suite (Ultimate price, Murder, etc) ? 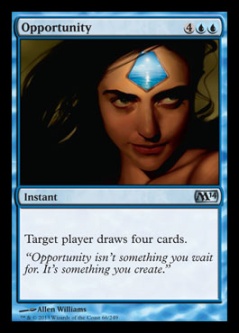 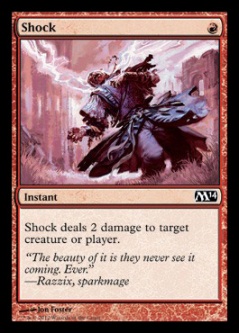 Anyone ‘shocked’ to see this back?

Awesome! It’s pretty much official at this point 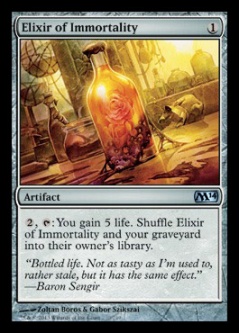 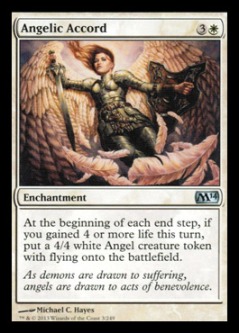 Well, don’t knock till you try it I guess … 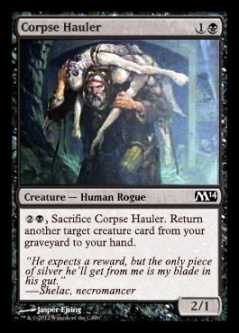 Lay of the Land

Now you can keep that one-lander!

Just how good will it be? 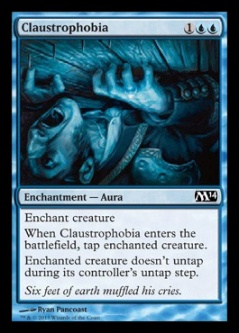 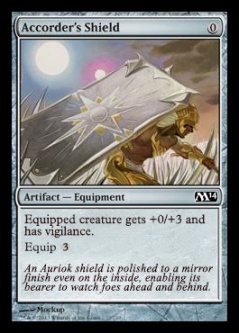 Just not the same without this guy

That ends another preview Blog for Magic 2014 and I for one think that the limited experience is sure to be dynamic to say the least. As far as constructed goes, I hope we can still get some more Standard playable cards before the totality of the set is revealed.