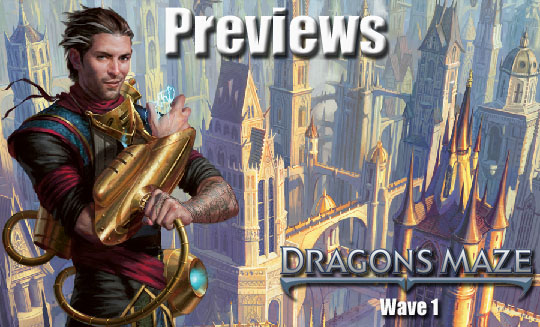 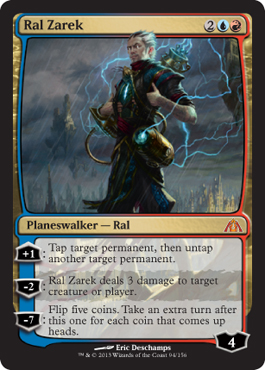 He’s finally arrived and is much better than expected. You get a little Ajani Vengeant and Tamiyo in addition to a pretty sweet ultimate ability!

The first ability is definitely a better Tamiyo +1. You can tap down one of their dudes and give pseudo-vigilance to one of yours post combat. Of course it gets better depending on what you would be untapping.

In that respect he’s like half a Garruk Wildspeaker. Not too shabby! He can ‘ramp’ you so that one turn 5 with a land drop you would have 6 mana available. Where are those Titans when you need them?

Then there’s other cool things you can untap like Staff of Nin. 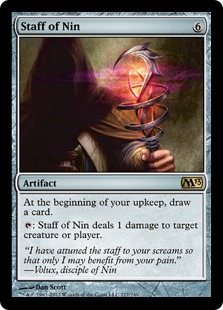 Woah! Shock at every turn!

Maybe we can get enough searches on Staff of Nin to start a Twitter Trend? LOL

The list goes on, but essentially any creature that would tap for an effect can now get more ‘value’ in a deck featuring Ral Zarek. I know that I will personally be adding it to my Blue/Red Pingers EDH deck. Extra turns might be heavily frowned upon in Commander, but his ultimate will not really be what I am aiming for in that deck anyhow. Eventually i’ll post a list or something, but I assure you it’s a low budget deck I made purely to fool around and contains no ‘big’ cards. Ral Zarek would be the ‘money’ card.

As for ability Number 2 we get one half of the Ajani Vengeant -2 . Even half an Ajani is good really.

There’s not much to say about this one except that you can use it to finish off opposing ‘walkers. This will definitey happen quite often (except in cases where he will just enter the battlefield and ‘planeswalker rule’ an opposing Ral Zarek away.)

The ultimate to end all ultimates? Probably not, but one can dream.

Will this raise the value of cards like Krark’s Thumb?  Probably… If you bothered checking the price you would know that it already has! 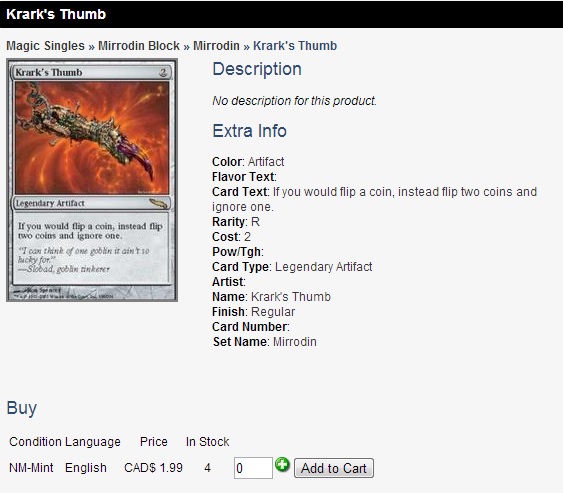 This used to be in ‘Bulk Rare’ territory

While you most probably won’t get a full 5 turns of goodness with his ultimate, chances are you will get 1-3 turns. Zero is just sad! it is however a grim possibility. In that respect Tamiyo, the Moon Sage clearly possesses the better Ultimate. 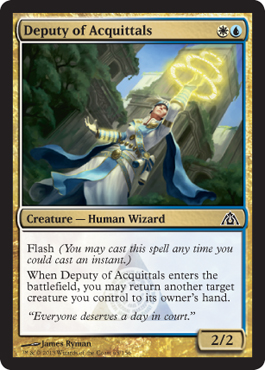 Here we have a great common even the Azorius haters can get behind. How can you say no to this guy? He’s a ‘better’ Whitemane Lion.

The may clause makes him better for sure, but the color restrictions make him a little less flexible (a-la Restoration Angel). You get to save one of your creatures for a smaller price than Restoration Angel. You can also flash him in as a blocker and return a good ‘enters the battlefield’ creature back to your hand. It can also work pretty well with Bloodrush creatures in limited. 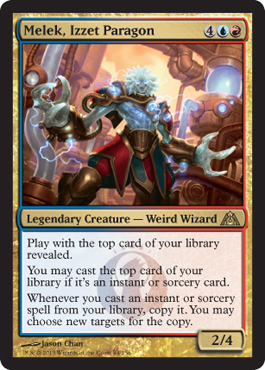 An obvious inclusion in any Commander deck featuring the colors Blue and Red. I’m really glad to see that he is not a Mythic as most of these kinds of cards end up in Mythic Rarity these days.

An interesting note is that he allows you to know what your top card is. Miracles making a small resurgence? Maybe…

He is rather small-sized for his cost but of course his abilities more than make up for it. He is one ‘Weird Wizard’ to say the least! 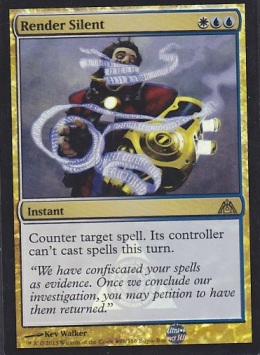 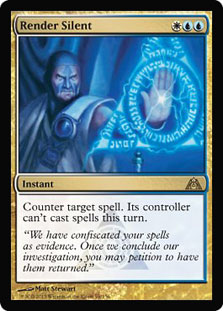 I’m way more of a fan of the card’s artwork, but the ability is nice. One of the things that got me into this fabulous game was Kev’s art. I used to mock Collectible Card Games a lot before I was introduced to them in the year 2000. I usually stereotyped the players as little basement geeks that played Dungeons and Dragons. Much has changed since then….

So here we have another Azorius guild card which is basically Counterspell and Silence  jammed together in the same card. I can really get behind this card to a certain degree. The great thing about most counters is that they usually cost less than the cards they are countering. This card is probably not an ‘efficient’ counter. It does stop would be combo decks if they were to arise (featuring cards like Epic Experiment) .

I can see it being played in Commander and the like, but really how many counters can you shove into those decks? If anything it will give them options if you are having problems finding the ‘optimal’ cards. 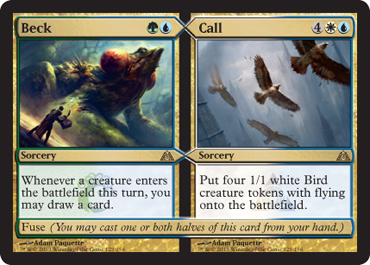 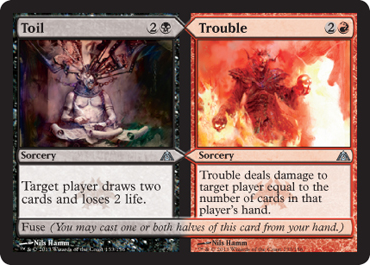 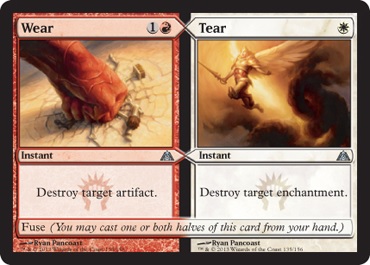 These are sure to find their way into many many decks for years to come and are great cards. We’ve seen them before in multiple blocks (Invasion, Ravnica, Time Spiral). This time however, you can cast both sides if you wish. This is something most of us have dreamed about and now we can. (You used to be able to cast either side with Isochron Scepter, but that is a story for another time).

Until next Spoiler Wave, keep that mana flowing!