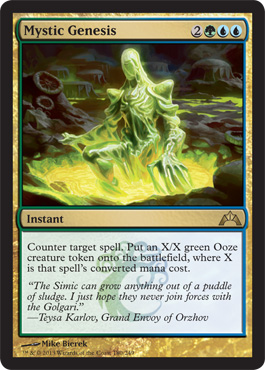 Ah! Voidslime, Mystic Snake or Draining Whelk or whatever you wanna call it, is back

This will probably be countering the X spells or whatever else big spell defines the format. As of now, I mostly see it being relegated to EDH or casual decks. Had it actually been Mystic Snake it would probably have been better due to blink shenanigans.