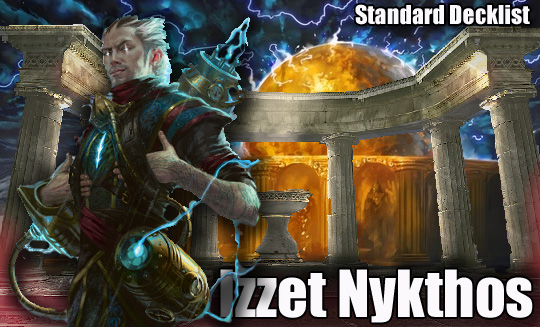 While the Monogreen Nykthos deck posted a few weeks earlier is pretty neat, the majority of Nykthos-powered decks are still Standard. Usually they are monoblack, monoblue, monored and even monogreen (sorry, White). Izzet is not really a devotion-based combination as it’s usually more noncreature spell-heavy.  Sometimes those Blue/Red mages like to get their hands dirty by actually attacking …

We all know the usual red suspects as far as devotion goes, but amazingly enough we get some nice options from the blue ‘splash’. First off, we get a nice little removal spell called Turn/Burn. It pretty much zaps everything that would be a problem, creature-wise. (Master of Waves, Fiendslayer Paladin, Desecration Demon,etc.) Things that are too big too burn or otherwise untargetable by anything red (of course in the later case we are only using the Turn part of the spell). When you aren’t doing that, you can also get some interesting two-for-ones against various other decks as well. 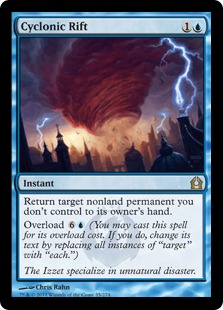 Should clearly be banned in Commander

Cyclonic Rift‘s praises have been sung far and wide, so I’ll just abstain from reiterating. It’s usually one of the first cards we cut against a lot of matchups though. We can now focus on one of the main reasons, we are going Izzet. You’ve probably already figured it out by the article banner pic. It’s our super underplayed and super overhyped since Dragon’s Maze release planeswalker … Ral Zarek

It’s fairly obvious what Ral here does for us: he untaps Nykthos ( a feat usually only matched by Voyaging Satyr in Standard monogreen devotion decks). I’ll let you imagine the insane early plays this entails (casting and monstrous-ing a Stormbreath Dragon). His other abilities come in very hand as well. Well, other applications of the first ability plus the -2 bolt one. You get to untap a mana and tap down their would-be blocker so you can get in there with your aggro dudes (Stormbreath Dragon, Boros Reckoner,etc). He becomes increasingly good versus the non-Hero’s Downfall control decks because of that as well (and of course the fact that he can bolt their planeswalkers).

On a side note, it really sucks that he needs to untap ‘another permanent’ otherwise he would have given the inspire mechanic some kind of life (which we can only hope the Convoke mechanic will do when M15 is released).

The deck is really all about explosiveness in the early game. Yes, Yes, Supreme Verdict can ruin our day but that’s not going to stop us from trying to get in there, is it? You need to keep your Burning-Tree Emissary for when it matters instead of just casting them and using the 2 mana for a random ‘Burn’ on some creature or something. Of course, if you have Hammer of Purphoros out, that’s a different story. We are an aggro deck after all, just that we have a mid-to-late game versus control decks. Purphoros and his Hammer go a long way (unfortunately some of them are playing Planar Cleansing nowadays). That’s where Keranos gets his time to shine as well.

No idea where this deck is headed post M15. It doesn’t seem to have received any kind of support really, but if you like to try the decks that are a little off the beaten path, go ahead. Give it a try. Seriously, it’s actually much better than it looks. We promise. 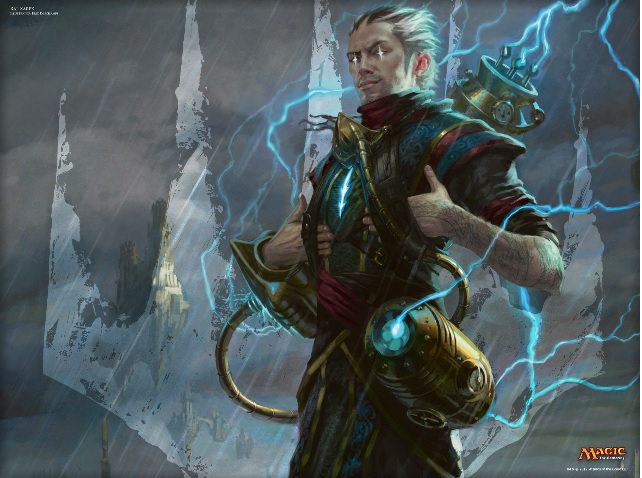