More cards have been revealed at the San Diego Comicon panel. First off, I believe everyone was wrong about this one:

So, it was NOT Mother of Runes, NOR was it Enlightened Tutor OR Force of Will

It ended up being an alternate art version of this

I know right? Rather underwhelming.

The common link? Old people. How could we have missed that?

It really doesn’t matter much though since the ‘spoiler’ picture is never really a major card. Take From the Vault: Realms as an example. The spoiled card ended up being Glacial Chasm (as opposed to Thawing Glaciers). 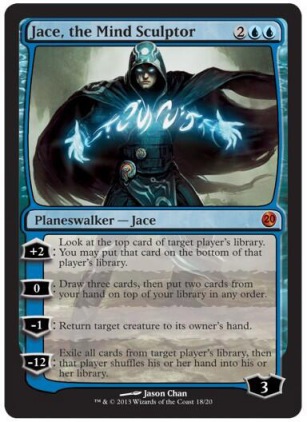 This one was probably the most popular of the revelations at the San Diego Comicon. Commander players rejoice while collectors were somewaht dissapointed. In the end, the brick and mortar stores are the big winners as this From the Vault will be selling for really really high prices. *sigh* Those complaining that Legacy costs too much are still somewhat disappointed as this doesn’t make Jace much more affordable in the end.

We saw it be reprinted in Magic 2013 and now this. It’s not a bad thing I suppose. What tournament winning deck ran these again? I’m actually not sure…

Even with the blue frame, it does not seem very blue 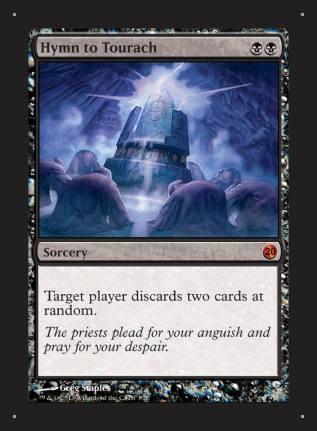 Yay! the best card from Fallen Empires is back! 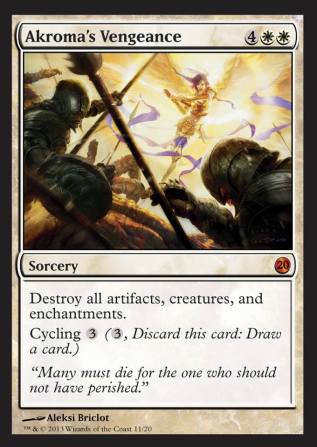 Well they redid the art. The card is ok, but it’s not exactly hard to get these days

I have such fond memories of this card. One of which involves me almost making Day 2 at Grand Prix: Washington.

Yeah, I couldn’t manage to win one of my last two matches to get to Day 2. I started that day at 0-1 by the way.

I also recall that i had to make a tough decision between Grave Titan or Siege-Gang Commander in the maindeck. Ultimately I went with the ‘Super Goblin’. There were quite a few planeswalkers in the format (Jace was beginning to ascend in the Standard format), so getting the chance to ‘shock’ some down a peg was a nice bonus over just watching my Zombie horde did to a Day of Judgment. I was packing Jace in my Grixis deck as well, so sometimes you’d even bounce Siege-Gang to hand and recast him to generate more dudes (although I probably never actually had to do that).

Cruel Ultimatum was something you actually had to build up to and it wasn’t an auto-win card either (although it often seemed that way). The new art pretty much reveals what the Shards of Alara is slightly more subtle about : the Grixis leader, Nicol Bolas. The deck never actually ran the planeswalker since Cruel Ultimatum was much much better.

I’m short on time and laptop power (no outlet) so I’ll end this here and come back later or tomorrow with some more spoilers.